Hey all! We’re getting a little bit personal lately, aren’t we? Hope you don’t mind! Today I wanted to touch up on something that’s extremely important for women of all ages…birth control. There are 7 types of birth control (taken from Planned Parenthood). Abstinence is your best bet to not get pregnant, but let’s be real…that doesn’t always happen. If you are interested in going on birth control, read below for my experiences with three different types of hormonal birth control.

I started birth control when I was 16 for the obvious reason. I was absolutely terrified of taking pills (I couldn’t take tylenol or other pills, they had to be liquid or crushed in applesauce). I decided to go on Depo Provera which is a shot that you get every 3 months. So basically, they inject you with 3 months of birth control at a time (that can’t be healthy…) I was on depo for probably a year, so that means I got 4 shots of it. I liked the convenience of not having to take something everyday, but there were lots of downsides. I did gain a small amount of weight, probably 3 pounds. It happens so I wasn’t too upset about it. I never had any injection site irritation, but that could be different for you. This shot made me very irritable, bitchy, rude and depressed all at once. It was awful. I couldn’t stand to be around anyone and the littlest things annoyed me. I was always in a bad mood and I was uncontrollably mean to people. It also made me insecure, not sure if that’s even something that would happen, but I was. Being on this method interfered with me and my boyfriend (we broke up at one point since it was making me crazy!) and it interfered with my performance at work, I was an unpleasant employee and I couldn’t control it. I eventually decided to get off it since the side effects for me (mood changes) were a little much. The shot made me spot a couple weeks too before it was time for me to get a new shot.

Next I went onto another pill alternative, the patch. I was on Ortho Evra for about a year as well. Again, I liked the convenience of not having to take a pill everyday. The patch would go on your back, stomach, arm, shoulder, butt or leg (basically everywhere besides your breasts). You would put a new patch on every Sunday (or your own choice of a starting day) and you would wear a patch for a week at time. You would put three patches on in a month and the last week of the month you wouldn’t wear a patch, so therefore you’d get your period. I liked the patch when I was first on it, but then I started to get some weird side effects. I would have dry skin and lots of irritation after my patch was taken off. Sometimes the patches would fall off, which is really bad. They itch and don’t feel comfortable. The worst side effect though was throwing up the night I put a new patch on after being off of it for my period week. I’m not sure why I threw up, but I would put the patch on, feel fine, then around 1-3 am I would wake up and have to run to the bathroom. It was quite annoying and uncomfortable, I’m pretty sure puking once a month isn’t healthy. I let my doctor know that I was having that side effect and she prescribed me an anti-nausea pill to take when I put my new patch on. It stopped the puking and nausea but why was I taking a pill to counteract the side effects of another medication and not just taking the birth control pill? It made no sense. So there were two factors into me getting off of the patch, one because I had to take another pill to help the side effects and one time it came off during the summer since I was sweating because it was so hot, so I had enough. I also didn’t enjoy having a full on period on my patchless week.

And finally, what I’m on today. After ending the patch I went to the doctor to see what other options I had. I told him the side effects I had while on the shot and the patch and he decided that a low dose birth control pill would be best for me, since you’re less likely to have negative side effects. He prescribed me Lo Loestrin Fe. It’s just like normal birth controls and as effective if used properly. I haven’t had any negative side effects on this birth control, and I must say I am pretty pleased. I have gotten used to taking the pill everyday, since I set an alarm on my phone so that’s never an issue. I have noticed  a little more acne on my face, but that’s normal. I really have no complaints. My period is super light, it lasts 1 maybe 2 days. I definitely can’t complain about that.

***I AM NOT A DOCTOR. THESE ARE MY EXPERIENCES WITH BIRTH CONTROL. WHAT WORKS FOR ME MAY NOT WORK FOR YOU***

I hope you guys enjoyed reading and I hope this helps you if you’re debating on what type of birth controls you might want to try! Going to your doctor is your BEST bet though on finding what’s right for you. Don’t feel embarrassed to go there to get birth control, it’s normal and its better to be safe than sorry. 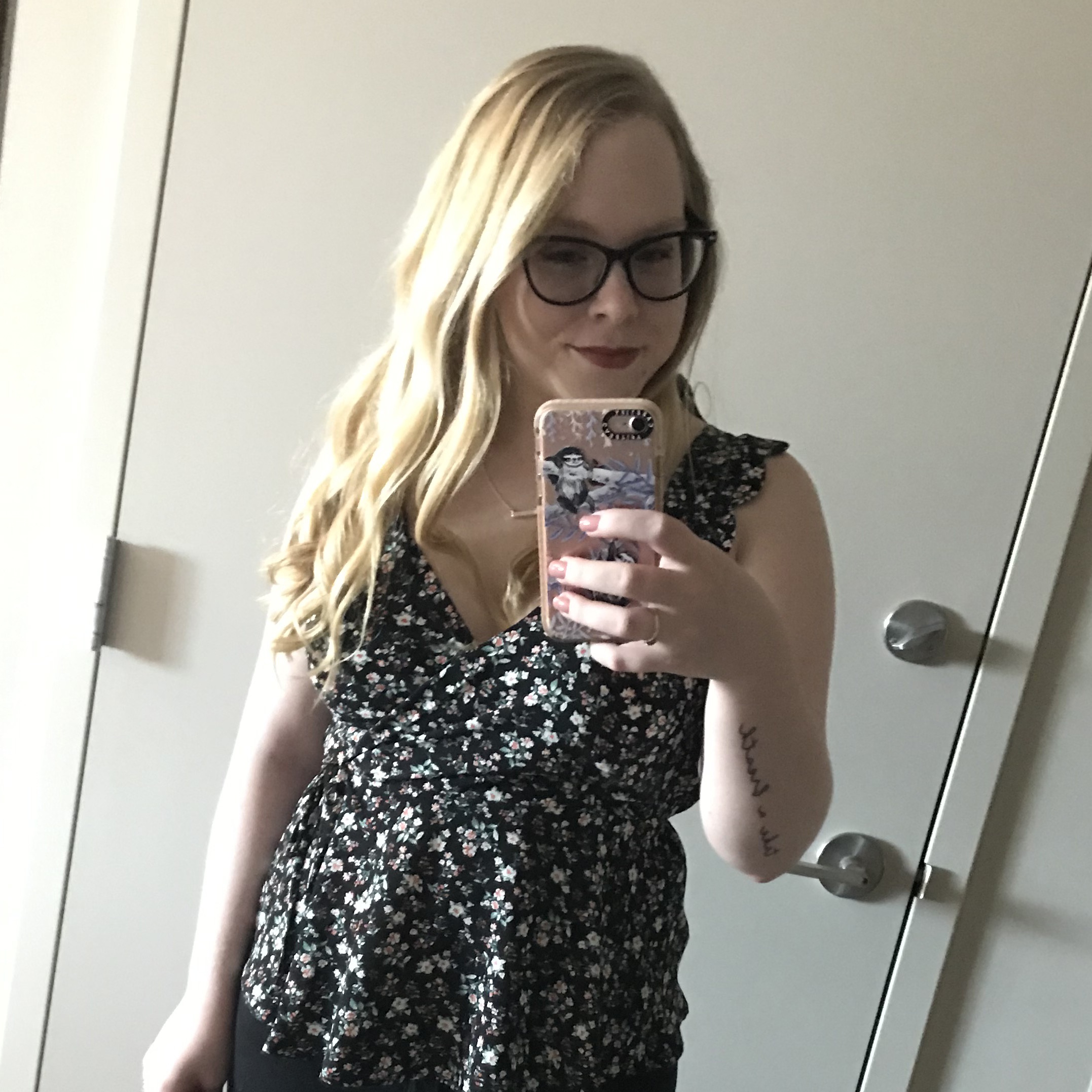 Hey there! I'm Raeanne, I'm 23 and I live in Massachusetts. My blog focuses on cruelty free products and brands. My blog is here to raise awareness of animal testing in the cosmetic industry and educate readers about cruelty free brands. I hope you enjoy!

bought myself some new skincare products from @der

Ignore my pruned fingers but this is my fave skinc

bought myself some new skincare products from @der

Ignore my pruned fingers but this is my fave skinc

a little @colourpopcosmetics haul! I picked up the

happy Friday! let’s talk about primers – if yo

This isn’t the most flattering picture of myself